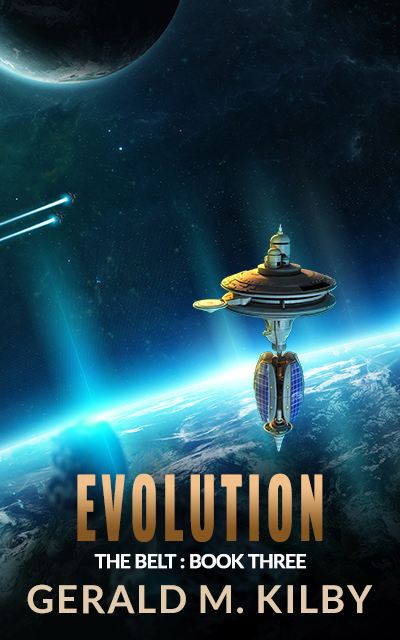 EVOLUTION – Book Three of The Belt Series is OUT NOW!

Evolution, book three of The Belt series, is out now on Amazon, and I’m loving how this story is turning out, even I was surprised by the ending 😉

The story continues with Scott and the crew journeying to Earth, to an area formally known as Death Valley, now an irradiated wasteland. Their mission is to connect the quantum intelligence, Athena into the pan-solar communications network, enabling the QIs to rollback control of Earth by The Seven and their AI servants.

You can get it now on Amazon.

What Amazon readers are saying about The Belt:

★★★★★ ‘This is grand vision SciFi in the style of Ian Banks. Great story, great characters…’

★★★★★ ‘Exciting sci fi with interesting ideas. You will enjoy it.’

★★★★★ ‘It moves very quickly, holds your interest. I couldn’t put it down. Great story and characters.’

★★★★★ ‘A thriller with characters worth caring about.’