A number of readers have asked me about the science behind my Colony Mars series: how much is real, how much is speculative, and how much is pure fantasy?

It may surprise you to learn that most of it is based either on technology that currently exists, or on recent experimental research. However, in some areas I venture into the realm of pure fantasy.

In this series I will talk about the science behind the books and sort out fact from fantasy. Should you wish to dig a little deeper, I have added links to relevant Wikipedia articles where possible.

I have always had an interest in science and engineering, so when I started writing I wanted to base my stories around what is technically plausible. That presents a big challenge: I can’t simply make up a technical solution to a problem unless it has some basis in reality. But this also creates an advantage: I’m forced to dig deep into the story and come up with more creative plot lines that adhere to my self-imposed parameters.

It takes a considerable amount of research to develop the ideas for a book like Colony Mars, of which only around ten percent might make it into the story. Nonetheless, this “extra” research allowed me to form the basis for the story’s environment. In many respects, it’s not unlike historical fiction, where an author needs a good understanding of the events of the time to be able to realistically create a story within it.

So without further ado, let’s start at the beginning:

As you can imagine, I conducted a considerable amount of research on how to get to Mars. I eventually concluded that it was more of a financial/ethical issue than a technology problem. 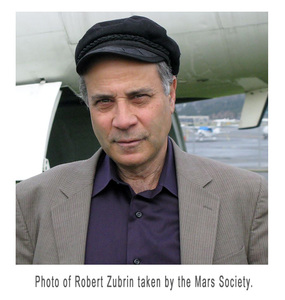 Until Elon Musk postulated his “BFR” design, the main mission design proposal for getting to Mars was known as Mars Direct, first outlined by Robert Zubrin back in 1990. Mars Direct was later adopted by NASA and revised to become “Mars Semi-Direct.” I used a version of this proposal as the basis for how Dr. Jann Malbec and the crew get to Mars, as it seemed to me—given our current technology—a logical and potentially viable solution.

As we all know, the main problem with getting to Mars is that it is very far away. While we used a single, gigantic rocket to reach the Moon, that’s simply not possible for a trip to Mars. It takes around three days to reach the Moon, but it would take around eight months to get to Mars—and that’s only when Mars and Earth are closest to each other (approximately every two years).

Those eight months include all the resources needed to sustain a crew, and not just for the journey there and back, but also for up to the 18 months they could end up spending on the surface. So one rocket simply won’t do the job.*

In the opening chapter of Colony One Mars, we see this play out as the crew land on the planet, and then have to walk to the HAB. Later, our hero Dr. Jann Malbec tries to prevent Annis Romanov from refueling the Mars ascent vehicle (MAV). We see this action play out between the fuel process plant and the MAV.**

So far, the story’s events are based on what has been proposed as a workable structure for a Mars mission (the Mars Direct idea). Now let’s talk about how the original colonists in the book got to Mars.

Technically, this would be considerably easier, considering it’s a one-way trip. You could imagine several missions to land resources and supplies, before our intrepid explorers eventually embark on their fateful journey to spend their remaining days on the red planet. The idea behind this came from a proposal put forward by the Mars One Foundation, a privately-owned Dutch company that proposed sending “colonists” who would remain on Mars to form the seeds of a new human colony.

Needless to say, this is a highly controversial proposal. However, there is nothing technically wrong with what they are suggesting. In fact, the main kernel of the mission is that it would be much easier to implement than, say, the Mars Direct proposal. That said, there are obvious ethical issues which I’m not going to get into here, but suffice to say, it got me thinking.

So, like all fiction writers, I did a what if. What if they actually pulled it off? What if the colonists not only survived but prospered? And so the concept of Colony Mars was born. 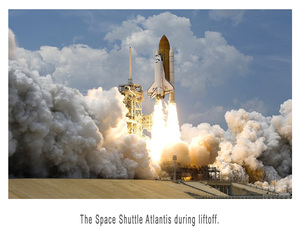 Over the years, rocket engines have been designed to use a wide variety of fuels. Some earlier types used hydrazine. And if you have read (or seen the movie) The Martian, then you may remember a scene where Mark Watney tries to make water using hydrazine he has siphoned from the spacecraft. In reality, hydrazine is little used today except for some deep space probes.

The two most popular propellants used these days are liquid hydrogen, which is used in the Space Shuttle and NASA’s new Space Launch System, as well as Jeff Bezos’ New Shepard spacecraft, and the other is a form of kerosene (RP-1), a hydrocarbon derived from oil (believe it or not) and liquid oxygen. This is what SpaceX uses for the Falcon 9 as well as the big daddy of them all: the Saturn V. See rocket propellant.

When Robert Zubrin was developing the Mars Direct proposal, he thought that using the resources available on the planet would make for a more manageable solution. “Living off the land,” he is quoted as saying. One of the key resources is the Martian atmosphere, which is approximately 98% carbon dioxide. By utilizing some clever technology, the atmosphere could be used to make enough methane to refuel your spaceship for the homeward journey. It could also be used for more than just rocket propellant. That’s why, in the Colony Mars books, I have the rovers using this fuel rather than solar power.

It is no coincidence that, since 2014, SpaceX has been developing a new rocket engine, the Raptor, fueled by methane. The new BFR—the rocket that Elon plans to send to Mars—will have a number of these new engines. But like the Mars Direct proposal, they will need to land a methane processing plant on the surface beforehand.

So in terms of the transport technology, Colony Mars is based on what’s possible today. However, there is one engine I have introduced in the books that lies firmly in the experimental/speculative domain, and that is the EmDrive. This is a completely bonkers device that has no moving parts, uses no chemical propellant, and runs entirely on electricity. Some even say it defies the laws of physics. I’ll talk more about this in the next installment.

* The proposed BFR from SpaceX looks like it could get to Mars in one shot, but on closer examination, you’ll find that it needs to be refueled in Earth’s orbit before departure. This requires several lift-offs for tankers. Secondly, there will need to be a methane processing plant on the Martian surface to manufacture fuel for the return journey. So in reality, getting to Mars via the BFR will still require several launches.

**In the book, I have the fuel canisters needing to be moved from the manufacturing plant to the MAV for the return journey. This is not the case with the direct/semi-direct mission architecture. I changed this so I could build tension at the end of the first book. I also like big explosions. 😉