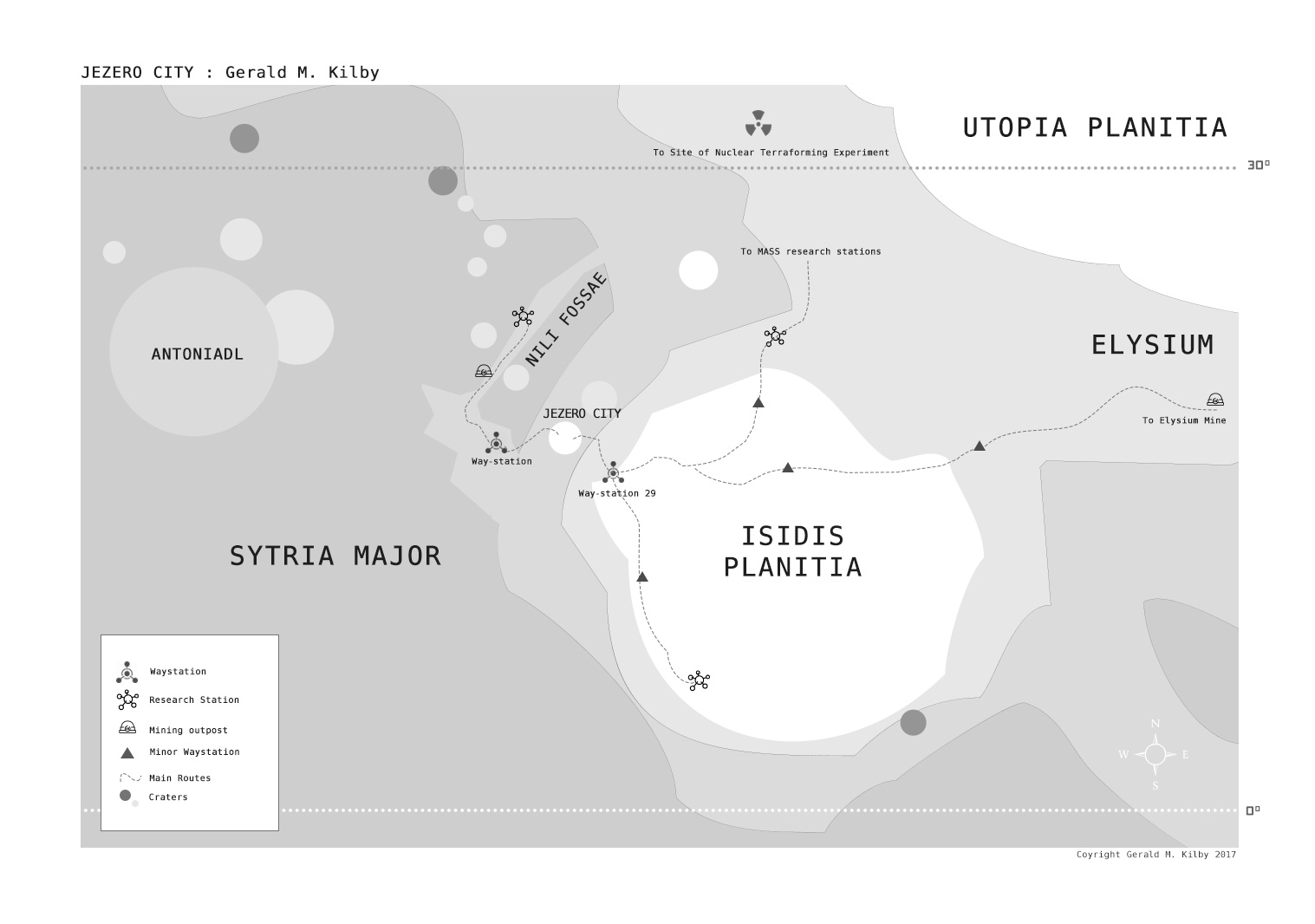 I do love a good map at the beginning of a book.

I don’t know about you, but I do love a good map at the beginning of a book. It’s like an aperitif, it whets the appetite for the story ahead. So, I’ve decided to include one at the start of the new book in the Colony Mars series – JEZERO CITY.

It’s still a work in progress, there’s more to add but I’m liking it so far.

I’m also working on a second map (still in the works). This next one will be a more detailed rendering of the layout of Jezero Crater. Should have more on that next week.